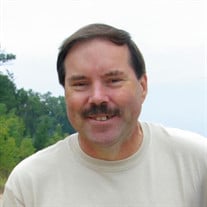 Wayne Edward Carter, age 70 of Chesterton, IN passed away at his home on Friday, March 18, 2022 surrounded by his family and friends. He was born on May 5, 1951 in St. Louis, MO to William and Priscilla (Overby) Carter. Wayne is survived by his loving wife of 47 years, Margaret "Peggy" (Burns) Carter; daughter, Candi (Brian) Jones; sons, Matthew (Patty) Carter, Mark (Astri) Carter; grandsons, Jordan Carter, Brandon Jones, Ellis Monk; brother-in-laws, Danny (Kathy) Burns, Greg (Mary) Burns; sister-in-law, Elaine (Bob) Beluschak; very special cousin, Calvin (Joann) May; special aunt, Carol Korte; many aunts and cousins; longtime friends, Greg and Barb Baggs, Steve and Betty Bensing. He was preceded in death by mother, Priscilla Foose; father, William Carter. Wayne was a 1970 graduate of Wirt High School. He developed diabetes at an early age, but always managed it well to an old age. Wayne worked as a custodian for Duneland School Corporation for 36 years and for Gary Schools for 6 years. Wayne was a fighter and loved life to the fullest. He was outgoing and people were drawn to his personality. Wayne was an avid Cubs fan, but he was from St. Louis and still enjoyed the Cardinals. He loved cars and colorful clothing. Wayne enjoyed listening to music and watching shows and movies on his 80 inch TV. He always made you feel special. Funeral services will be held on Thursday, March 24, 2022 at 5:00 pm at Edmonds & Evans Funeral Home Chesterton, 517 Broadway, Chesterton, IN 46304. Visitation will be from 3:00 pm until the time of service at 5:00 pm at the funeral home. In honor and celebration of Wayne, the family requests that colorful or Hawaiian themed attire be worn by all in attendance. In lieu of flowers, donations in Wayne's memory may be made to the American Diabetes Association, P.O. Box 7023, Merrifield, VA 22116-7023, or to the Indiana Donor Network, 3760 Guion Rd., Indianapolis, IN 46222. Online condolences may be made to the family at www.ee-fh.com.

Wayne Edward Carter, age 70 of Chesterton, IN passed away at his home on Friday, March 18, 2022 surrounded by his family and friends. He was born on May 5, 1951 in St. Louis, MO to William and Priscilla (Overby) Carter. Wayne is survived by... View Obituary & Service Information

The family of Wayne E. Carter created this Life Tributes page to make it easy to share your memories.

Wayne Edward Carter, age 70 of Chesterton, IN passed away at...

Send flowers to the Carter family.