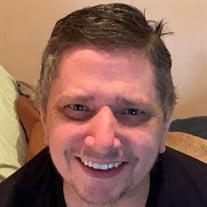 Timothy F. O'Neil, age 58 of Portage, IN passed away on Thursday, August 5, 2021 in Valparaiso, IN. He was born on December 16, 1962 in Gary, IN to Robert and Catherine (Malone) O'Neil. Timothy is survived by his brother, Robert (Kathleen) O'Neil; sisters, Linda (John) Terrill and Erin (Richard) Havrilla; nieces and nephews, Colleen McCormick, Ashley O'Neil, Colin Terrill, Robert G. O'Neil, Christopher Terrill, Kira Terrill, Briana McCandless, Richard Havrilla, Madeline Havrilla, Kathryn Havrilla, Maricolleen McCormick, Aiden Klinert, Brody McCormick, Hadley McCandless and Remi McCandless. He was preceded in death by his mother, Catherine O'Neil and father, Robert H. O'Neil; sisters, Mari Colleen Propeck and Kathleen O'Neil. Timothy, a beloved brother and uncle known to those he was close to simply as Tim, cared deeply about his family. He would do anything that he could for them and enjoyed spending time with those he loved during holidays, birthdays, and random drop-in visits. Tim worked for the Indiana Department of Transportation as a highway inspector in his 20’s and 30’s and often reminisced about the projects that he worked on and the bridges that he helped install. He was a diehard Notre Dame Fighting Irish fan and also rooted for the Chicago Bears, Chicago White Sox, Chicago Cubs, and the St. Louis Cardinals. He was an avid coin collector and loved playing video games with his nephews and nieces; he was always known to be a willing participant in any spirited debate that was taking place around him. Tim was an animal lover and treated them as if they were his own children. He was generous to charities that he was passionate about, including Saint Mary’s College and various animal organizations. Tim was a friend to his neighbors and never met a stranger...he always had a few words to share. He will be deeply missed by those that cared about him and will always be known for his big heart. Mass of Christian Burial will be held on Monday, August 9, 2021 at 10:00 am at Nativity of Our Savior Catholic Church, 2949 Willowcreek Rd., Portage, IN 46368 with Father Kevin McCarthy officiating. Visitation will be held Sunday, August 8, 2021 from 2:00 pm until 6:00 pm at Edmonds & Evans Funeral Home, Portage Chapel, 6941 Central Ave., Portage, IN 46368. Online condolences may be made to the family at www.ee-fh.com. ________________________________________________________________________________________

Timothy F. O'Neil, age 58 of Portage, IN passed away on Thursday, August 5, 2021 in Valparaiso, IN. He was born on December 16, 1962 in Gary, IN to Robert and Catherine (Malone) O'Neil. Timothy is survived by his brother, Robert (Kathleen)... View Obituary & Service Information

The family of Timothy F. O'Neil created this Life Tributes page to make it easy to share your memories.

Send flowers to the O'Neil family.