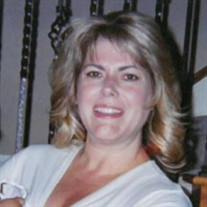 Sheena M (Strange) George, age 55 of Chesterton Indiana went home to be with the Lord unexpectedly on Sunday, March 6, 2022, in Chesterton, Indiana. Sheena was born on June 29, 1966, in Valparaiso, Indiana to her parents Michael and Christine (Spirson) Strange. She was the oldest of three children. Sheena married the love of her life, Damon George in 1995. They were married 27 years. They had four children together, Nicolas George, Liam George, Drake George, and Teah George. She is survived by her brother Troy (Linda), stepmother Mary Strange and aunt Mary Ann Bono. She was preceded in death by her mother, Christine Strange, father Michael Strange, and brother Michael Strange. Sheena was first and foremost a wonderful loving wife and mother. This was the accomplishment she was most proud of. Sheena knew from a young age that she wanted to be a nurse. Through hard work and determination, she became a successful registered nurse. Sheena graduated with a nursing degree from University of Nevada, Las Vegas then later graduating from ULA with a Maters’ degree in Nursing. She went on to become a pioneer in the implementation of case management in hospitals around the country and was often hired as a speaker at various nursing conferences. She was an Assistant Professor at UCLA School of Nursing and was well published. She went on to work as a Director at OHSU and Sutter Hospital before leaving the work force. In as much as she found fulfillment in her job, her family meant everything to her, so she left her job to lovingly raise her family. Sheena loved people. She would often stop and talk to people in the grocery store and genuinely care about what they had to say. She was never afraid to give someone a hug, offer a kind word or simply listen. Everywhere she lived and worked she made friends easily. Her neighbors, friends and colleges will miss her and miss the impact she had on their lives. Sheena will be remembered as a kind woman with a bright mind. She was smart, competitive, a loyal friend, amazing wife, loving mother, caring daughter and supportive sister. She had a big heart. She will never be forgotten. We would like to express our heartfelt love and sincere appreciation for everyone’s kindness, support, and prayers given to our family during the difficult time. Every gesture has meant so much to us and reflects back to the love we all have for Sheena. We thank you for joining with us remembering her life and making this day special and remembered. God Bless, The George Family. Funeral Ceremony will be held on Friday, March 11, 2022 at 7:00 pm at Edmonds & Evans Funeral Home Chesterton, 517 Broadway, Chesterton, IN 46304. A Visitation will be held on Friday, March 11, 2022 from 5:00 pm until the time of service at 7:00 pm at the funeral home. Online condolences may be made to the family at www.ee-fh.com.

Sheena M (Strange) George, age 55 of Chesterton Indiana went home to be with the Lord unexpectedly on Sunday, March 6, 2022, in Chesterton, Indiana. Sheena was born on June 29, 1966, in Valparaiso, Indiana to her parents Michael and Christine... View Obituary & Service Information

The family of Sheena M. George created this Life Tributes page to make it easy to share your memories.

Send flowers to the George family.