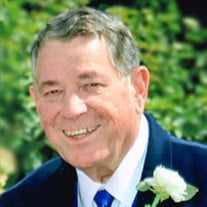 Shawn Eric Rue, age 71 of Chesterton passed away at his home on March 25, 2022 surrounded by his loving family. He was born on July 22, 1950 in Pittsburgh, Pennsylvania to James and Pauline Rue. Shawn was a loving father who would do anything for his family and was happiest when they were around. He has always been a hard and dedicated worker and held jobs from the time he was 11 years old. One of his most enjoyable jobs during his youth was as a groundskeeper for Mrs. Hoefler. Mrs. Hoefler later helped to pay for his college education at Purdue University where he graduated in 1972. After graduation, Shawn worked at Midwest Steel for 10 years before accepting a position at Quaker Chemical selling to steel mills in the area as well as Hennepin, Illinois, St. Louis, Missouri, South Carolina, and Southern Indiana. He remained with Quaker for 35 years and retired in 2016. He was by far the most generous person and loved the gift of giving to anyone he encountered. He was a book of knowledge. Shawn had an incredible sense of humor, never forgot a joke, delighted in story-telling, and had an amazing memory for past events. Shawn loved to travel especially to sunny destinations. He and his family loved going to Sarasota for spring break and did so for 35 years. He and his wife were fortunate enough to take an amazing trip to Europe on their first cruise and cruising became a preferred choice of travel leading them to many Caribbean destinations. On June 30, 1973, he married Judi who survives. They were blessed with three children Shawn Rue, Jr., (Jean-Ann), Mindi Billings (Michael), Keeli Grenchik (Philip) and five amazing grandchildren whom he adored and was so proud of: Gavin Rue, Madelin Billings, Molly Billings, Mallory Billings, and Chase Rue. He is also survived by his brothers James Rue and Timothy Rue, and sister Megan Rue along with many nieces and nephews. He was preceded in death by his mother Pauline and father James Rue. Memorial services for Shawn will be held at on Friday, April 8, 2022 at 3:00 pm at Edmonds and Evans Funeral Home, 517 Broadway Chesterton, IN. Memorial visitation will be held on Friday, April 8, 2022 from 1:00 pm until the time of services at 3:00 pm at the funeral home. In lieu of flowers, memorial donations may be made to Dunes Hospice, 4711 Evans Ave., Valparaiso, IN 46383, Liberty Bible Church, 824 N. Calumet Ave., Chesterton, IN 46304 and True North Stables, 927 N. 150 W., Chesterton, IN 46304. Online condolences can be made to the family at www.ee-fh.com.

Shawn Eric Rue, age 71 of Chesterton passed away at his home on March 25, 2022 surrounded by his loving family. He was born on July 22, 1950 in Pittsburgh, Pennsylvania to James and Pauline Rue. Shawn was a loving father who would do anything... View Obituary & Service Information

The family of Shawn E. Rue created this Life Tributes page to make it easy to share your memories.

Shawn Eric Rue, age 71 of Chesterton passed away at his home...

Send flowers to the Rue family.