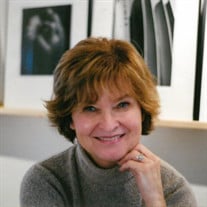 Sandy Jennings, 82, of Ogden Dunes, Indiana, peacefully passed away on April 4, 2022 after a difficult battle with Alzheimer's Disease. Sandy was born on April 3, 1940 to Leo & Dorothy Spradling in Springfield, Missouri. After Sandy graduated from Greenwood High School in 1958, she attended Southwest Missouri State and pursued a degree in education. Sandy moved to Northwest Indiana in 1962 with her husband, Mike Jennings where she raised her family and spent the best years of her life. Sandy worked for both Portage Township Schools and the Chesterton School District during her professional career. What Sandy loved most was spending quality time with family and friends and reminiscing on those fantastic memories as she told her stories. Sandy always had a quick and witty personality that served her well in the "Region". Sandy and her beloved husband Mike were married for 32 years before his passing in May of 1997. Mike and Sandy went on to have two children, Richard and David. While retired, Sandy spent the majority of her time seeing family and friends around the country. Sandy was preceded in death by her parents, Leo & Dorothy Spradling and by her husband, Mike Jennings. She is survived by her son, Richard Jennings, his wife Michelle (Clark) and their daughters Michaela & Bella Jennings and son, David Jennings, his wife Christy (Bronnenberg) and their daughter Mia Jennings. Memorial Visitation will be held on Saturday, April 9, 2022 from 3:00 pm until 5:00 pm at Edmonds & Evans Funeral Home, 517 Broadway, Chesterton, IN 46304. In lieu of flowers, memorial donations may be made to: Leukemia & Lymphoma Society, P.O. Box 22324, New York, NY 10087 or The Alzheimer Association at www.donate.brightfocus.org. Online condolences may be made to the family at ee-fh.com.

The family of Sandra Sue Jennings created this Life Tributes page to make it easy to share your memories.

Send flowers to the Jennings family.