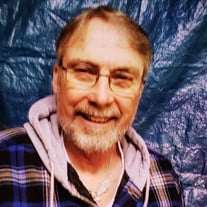 Robert "Bob" Kish passed away peacefully on October 16, 2021. He was born in Kenmore, New York on January 24, 1952 to Gabriel and Josephine Kish. Beloved husband of Sharon (Riley) Kish; cherished father of Christine (David) Whittinghill, Andy, Jason, and John (Kelly) Kish. Loving Papa of Benjamin, Gracie, Isabelle, Charlie, and Chloe Kish and Lucie and Lucas Whittinghill. Bob was a 1971 graduate of Kenmore West High School. He retired from Arcelor-Mittal Steel after 44 years of service. He was a member of USW 6787. Bob was a former Chief and lifetime member of River Road VFD in Tonawanda, New York. He was a former Reserve Officer of the Porter County Sheriff's Department. Bob enjoyed hunting, being handy, and time spent with his family. His greatest joys were his children and grandchildren. Bob was preceded in death by his parents, his brother, John and his twin brother, William. Private arrangements made with Edmonds & Evans Funeral Home, Portage Chapel, 6941 Central Ave., Portage, IN 46368. A Celebration of Bob's life will be held at a later date. Bob was a great man, respected by many. He will be greatly missed. Love you big much, too.

The family of Robert "Bob" Kish created this Life Tributes page to make it easy to share your memories.

Send flowers to the Kish family.