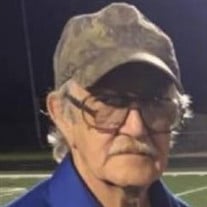 Patrick John Abretske, age 74 of Chesterton, IN passed away on Thursday, May 26, 2022 in Valparaiso, IN. He was born on September 24, 1947 in Pittsburgh, PA to Matthew and Mary (Klayko) Abretske, who were married June 22, 1926. Patrick is survived by partner, Lucille Weaver; daughters, Sandy Rodriguez, Christina Rodriguez; biological son, Daniel Alexander Abretske, son, Jose Rodriguez; sisters, Charlotte Abretske, Veronica (Michael) Grimm; special great-grandson, Sabi Kelley; longtime friend, Les Burnett; 5 grandsons; 5 grandaughters; 14 great-grandchildren. He was preceded in death by his father, Matthew Joseph Abretske; mother, Mary Magdalene Abretske; brothers, Joseph Abretske, Matthew Abretske, Anthony Abretske, Edward Abretske, William Abretske, Paul Abretske; sisters, Rosemary Abretske, Frances Abretske; brother-in-law, Santo Nigliazzo. Patrick served in the U.S. Army from 1966 to 1969 and went on to work at US Steel Gary Works and retired after 20 years of dedication. Patrick and Lucille met each other at a Halloween party October 31st, 1993. They continued to date until they made it official in September of 1994. Patrick fell in love with Lucille and her 3 children. He took on being a father to her 3 children, a grandfather to their children and a great grandfather to their children. It was through that love he had for Lucille that allowed him to be the foundation of our family. Patrick leaves not only the love of his life Lucille, he leaves his only son, Daniel, and his 3 stepchildren, Christina, Sandy, and Jose. With him being the foundation to our family he leaves us with so many lessons about life and so many memories within the home he made with Lucille. We will never forget the love he gave each of us just by being the support system we all needed. He made every holiday special for us and always made it a point to leave his home open to us all. Patrick will be dearly missed by us all. We just want to say thank you for being our rock and this home-going is a celebration to the man that you were for us all. Funeral services will be held on Friday, June 10, 2022 at 6:00 pm at Edmonds & Evans Funeral Home Chesterton, 517 Broadway, Chesterton, IN 46304 with officiating Deacon Richard Huber. Visitation will be from 4:00 pm until the time of service at 6:00 pm at the funeral home.

Patrick John Abretske, age 74 of Chesterton, IN passed away on Thursday, May 26, 2022 in Valparaiso, IN. He was born on September 24, 1947 in Pittsburgh, PA to Matthew and Mary (Klayko) Abretske, who were married June 22, 1926. Patrick is survived... View Obituary & Service Information

The family of Patrick J. Abretske created this Life Tributes page to make it easy to share your memories.

Patrick John Abretske, age 74 of Chesterton, IN passed away on...

Send flowers to the Abretske family.