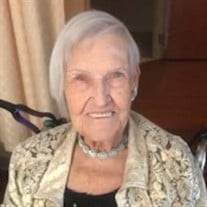 Norma Lee (Bennett) Skorupa, age 87 of Chesterton, IN passed away on Friday, August 20, 2021. She was born on February 24, 1934 in Hammond, IN to Denzil and Mildred (Page) Bennett. Norma is survived by three daughters, Melinda (Michael) Green, Laura (Michael) Schaffer, Lisa Skorupa; son, David (Jan) Quick; sister, Myra Wiening; sister in law, Donna Bennett; son in law, Richard Nixon; four granddaughters, Olivia Nixon-Walker, Kristen Morlan, Nicole Meinert, Kaitlin Schaffer; four grandsons, Justin Quick, James Morlan, Jr., Joshua C. Nixon, Charles Morlan; five great grandsons, Joshua Nixon II, Justin Morlan, Logan Morlan, Chase Nixon, Jaxon Morlan; five great granddaughters, Emily Lewalski, Natalee Meinert, Madysen Vergon, Makenzie Meinert, Charlotte Quick; and many cousins, nieces and nephews. She was preceded in death by her parents; her husband, Charles M. Skorupa Sr.; son, Daniel A. Quick; brother, Denzil P. Bennett; sister, Wilma Lehnert; and great granddaughter, Avery Nixon. A force of life, Norma was the perfect person for her children and grandchildren to look to as a role model of strength, independence, grit and determination; not to mention, sass, sarcasm and wit. Norma broke glass ceilings and destroyed stereotypes. She was the first female semi-truck driver in the Chicagoland area, an avid biker in the 60’s and 70’s (a kick-start Harley, of course), and an achiever of dreams, starting her own catering business in her 50’s, "Norma's Catering". Norma was very active in the Duneland community and was proud to provide catering to the Rotary, Kiwanis and Chamber of Commerce where she made many friends. A consistent presence in the lives of her grandchildren, Norma was always present for their football games, marching band competitions, school programs and so much more; she even catered for the Trojan Guard during her grandchildren’s tenure with the band. Norma traveled all over the country with the band providing fantastic meals and lots of love to all of the Guard members. In lieu of flowers, the family asks that donations be made in Norma’s name to the American Cancer Society, an organization dear to her. Norma's family will be having a Celebration of her Life at a later date. Arrangements made with Edmonds & Evans Funeral Home, Chesterton, IN. To leave online condolences to the family, please visit www.ee-fh.com.

Norma Lee (Bennett) Skorupa, age 87 of Chesterton, IN passed away on Friday, August 20, 2021. She was born on February 24, 1934 in Hammond, IN to Denzil and Mildred (Page) Bennett. Norma is survived by three daughters, Melinda (Michael) Green,... View Obituary & Service Information

The family of Norma Lee Skorupa created this Life Tributes page to make it easy to share your memories.

Send flowers to the Skorupa family.