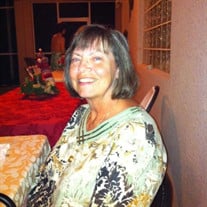 Nancy Jean (Gummere) Heimberg, perpetually 21 years old, of Portage, IN passed away on Saturday, January 1, 2022 in Portage, IN. She was born on June 4th, 21 (and then some) years ago, in Indianapolis, IN to Edsel and Mary (Zant) Gummere. Nancy is survived by her children, Jennifer (Matthew) Beikes, Chuck (Deborah) Heimberg, Amy Heimberg and Eric (Cindi) Heimberg; sister, Marla Orlich (aka Myrtle the Turtle); grandchildren, Brian (Kate) Jennings, Kevin Jennings, Andrew (Tiffany) Jennings, Zoey (Josh) Evans, Tyler (Allison) Williams, Kelly (Devann) Biddle, Alex Heimberg, Nick Heimberg, Michael Heimberg and Matthew Heimberg; great-grandchildren, Joseph, Maxwell, Samuel, Emerson, Brody, Penny and Copelann; nieces and nephews, Patty (Paul) Culkin, Ed (Carmen) Heimberg, Phil (Melissa) Heimberg, David Heimberg, Laurie (Curtis) Canterbury and Natalie Krolak; honorary family members, Mickey (Cindy) Olmstead, Deanna Pizer and Paige Downey. She was preceded in death by her parents; brother- and sister-in-law, Ed (Clara) Heimberg and nephew, Douglas Heimberg; son-in-law, David Jennings. After 10 1/2, she is joyfully reunited with her beloved husband, Charles Heimberg. Nancy was a member of Nativity of Our Savior Church. She worked as a librarian at the Portage Library and was the head cook for Nativity School for many years. Nancy loved to travel, but her biggest joy was her time spent with her grandchildren, even her four-legged ones. Mass of Christian Burial will be held on Wednesday, January 5, 2022 at 11:00 am at Nativity of Our Savior Catholic Church, 2949 Willowcreek Rd., Portage, IN 46368 with Fr. Kevin McCarthy officiating. A Memorial Visitation will be held at the church from 10:00 am until the time of Mass. Arrangements are in care of Edmonds & Evans Funeral Home Portage Chapel. In lieu of flowers donations may be made to Nativity School at ns.in.client.renweb.com or Hobart Humane Society at hshobart.org. Online condolences may be made to the family at www.ee-fh.com.

Nancy Jean (Gummere) Heimberg, perpetually 21 years old, of Portage, IN passed away on Saturday, January 1, 2022 in Portage, IN. She was born on June 4th, 21 (and then some) years ago, in Indianapolis, IN to Edsel and Mary (Zant) Gummere. Nancy... View Obituary & Service Information

The family of Nancy Jean Heimberg created this Life Tributes page to make it easy to share your memories.

Send flowers to the Heimberg family.