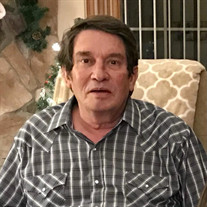 Michael Alan Smeltzer died Monday, August 23, 2021 at South Bend Memorial Hospital after battling cancer for almost four years. He was born March 5, 1958 in New Kensington, PA to Raymond E. and Mary A. (Townsend) Smeltzer. On January 4, 2013, in Valparaiso, he married Carmelyn Supen Suela who survives him. He is also survived by a brother, Robert Smeltzer, a sister Barbara (William) Timmerman; three nephews Daniel (Jessica) Smeltzer of Valparaiso, IN, Kyle (Lily) Timmerman of Normal, IL; Nathan Timmerman of Portage; his aunt, Linda Crawford of Lower Burrell, PA In addition to his wife’s six siblings and their families, Michael was preceded in death by his parents; a brother, John Smeltzer; and a niece, Valerie Smeltzer. A 1976 Portage High School graduate, Michael joined the United States Navy in 1976 and was a veteran of Operation Desert Storm. He loved traveling the world. Michael attended Ivy Tech and after retiring he worked for Papa John’s in Lake Station for several years. A memorial service will be held on Tuesday, September 7, 2021 at 6:00 pm at Edmonds & Evans Funeral Home Portage Chapel, 6941 Central Avenue, Portage, IN 46368. A memorial visitation will be from 5:00 pm until the time of service at the funeral home.

The family of Michael Alan Smeltzer created this Life Tributes page to make it easy to share your memories.

Send flowers to the Smeltzer family.