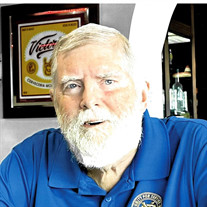 Teacher, coach, mentor, family man, friend, and volunteer supreme, Michael (Mike) Hayden Lemond, age 77, died Sunday, July 11, 2021 at the VNA Hospice Center ICU after fighting a valiant battle with kidney cancer that had metastasized. A long-time resident of Portage, Indiana , Mike was born August 31, 1943, in San Padre, California to William Henry and Frances (Thoennes) Lemond. When the family moved back to Indiana, Mike attended Battle Ground Elementary, where he developed his love of history and, because of his fifth grade teacher he decided he wanted to be a teacher also, "just like Mr. Brooks." Mike graduated from Lafayette Jefferson High School and later Purdue University with a degree in Social Studies Education. He married Linda Anne Noble on August 22, 1970, at Valparaiso University's Gloria Christi Chapel. Mike and Linda always joked that God really wanted them together and had to work hard at it, since Mike was born in California and Linda in New York. Mike taught and coached at Lowell High School where he and Linda met when she was assigned to Lowell for student teaching. In 1970, he came to Portage High School to coach football with head coach and friend, Les Klein. Mike was Assistant Line Coach in 1977 when Portage won the State Championship. He also coached both Boys and Girls Golf at Portage and led the boys' team to the ISHAA 1991 Sectional Championship. Mike taught U.S. History, Government, and Economics. He developed a practical economics course that taught students how to survive in the world, such as balancing a checkbook, buying a car or house, using credit appropriately, etc. Over the years, he taught about 10,000 students. He loved working with young people, and nothing made him happier then meeting a former student as an adult and hearing that his course or mentoring had changed that person's life for the better. One of his special accomplishments was leading his C.O.I.L. Economics class to develop a new business. This turned out to the be the student-run Portage High School Credit Union, a branch of the Regional Federal Credit Union, opened in 1990 and still going strong today. At the time, it was the first student credit union in Indiana and one of only 11 in the whole country. A sign that hung in his classroom said "Learn for the sake of learning, not just for the grade." He enjoyed his colleagues, especially the other members of the somewhat "intractable" Social Studies Department. Mike enjoyed golf and power walking, at one time able to walk six miles in an hour. He liked seeing the look on joggers' faces when he passed them. The two things Mike did NOT enjoy, as any of his family and friends can tell you, were tools of any kind such as hammers or screwdrivers and technology. Two of Mike's great loves besides his family, were St. Peter Lutheran Church, which he and Linda joined in 1977, and the Portage Exchange Club. Many of their dearest friends come from these two organizations. Never one to let others do all the work, Mike was a leader both at church and in the club, holding various offices including President in both. He was Treasurer or Financial Secretary for many years, taking pride in balancing everything "to the penny!" In November of 2020, at the 50th Anniversary celebration of the Portage Exchange Club, Mike was awarded The Book of Golden Deeds, the highest honor of the Exchange Club, given to volunteers who have donated their time and efforts in a variety of community service efforts, which he certainly did. Mike is survived by his beloved and grateful wife and best friend, Linda; daughters, Melissa (Iain) McEwan; Amanda (Steve) Schmillen; grandson, Hayden Donald Schmillen (Special friends Nicole and Dakota); great-grandsons, Tristan Michael Schmillen and Damon William Buhr. Also his siblings, Edward Charles (Fiancée Danielle Cyr); Judith Ellen; James David (Deborah); John Francis(Marsha); sisters-in-law: Marti (William) and Barbara (Robert); brother-in-law , Richard E. Noble Also nieces, Sharon (Andrew); Anna; Jenny; Julie (Chris), Liz (Gerardo), Aimee (Jon); nephews, Richard (Lisa); Alexander (Nicole); David and Scott (Heather); great-niece, Anya; great-nephews, Calvin and Gregory; Isaac and Gabriel; Gavin, Eli, and Evan; and Lorenzo. Also many dearly loved cousins and other relatives and friends. He will be missed by his constant companion, a yappy little mutt named Buttercup. Mike was preceded in death by his parents; brother, William Davidsen and Robert Harrison ; a cousin who was more like another brother, Richard Thoennes; sisters-in-law, Helen, and Elaine. Mike was intelligent, diligent, and generous. He believed in giving 110% to any undertaking. He had a strong faith that carried him through both good and bad situations. We take comfort in the fact that all throughout his life he never doubted that he was headed for Heaven when he died. He lived his life by the Golden Rule and treated everyone with kindness and respect. He was dedicated husband, father, grandfather, great-grandfather and friend. As his daughter Amanda shared on Facebook, "He made the world a better place and left an impact on the hearts of all of those that he met." He will be deeply missed by many. The visitation for Mike will be held Saturday July 17, 2021, from 9:00 am to 11:00 a.m. at St. Peter Lutheran Church, 6540 Central Avenue, Portage, with a service to follow at 11:00 a.m. The officiant will be the Reverend John Albers. The funeral arrangements are being handled by Edmonds & Evans Funeral Home of Portage. In lieu of flowers, donations may be made to St. Peter Lutheran Church Building Fund or the Portage Exchange Club. For more information, please call St. Peter Lutheran Church at 219-762-2673. To leave online condolences please visit ee-fh.com

The family of Michael "Mike" Hayden Lemond created this Life Tributes page to make it easy to share your memories.

Send flowers to the Lemond family.