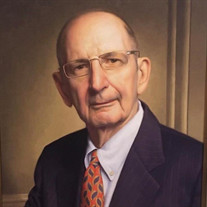 Joseph E. Costanza, proud son of East Chicago and happy Ogden Dunes resident for almost 6 decades, passed away on February 6, 2022, after a long battle with Parkinson’s. Joe passed away at home surrounded by his family. Joe lived his life honoring the one and only rule of Wabash College – Always act like a gentleman. He will be remembered for his dedication to his family, loyalty to friends, humility, wit, and vast, but quiet service. Joe was born on March 2, 1936, in Chicago’s Little Italy neighborhood at Mother Cabrini Hospital to immigrant parents from Villafrati, Sicily. When the hospital was renovated into condominiums, Joe joked he would purchase one to come full circle. Joe graduated from East Chicago Washington High School where he was a proud member of Club 54. He went on to Wabash College (Class of 1958) where he was a member of Phi Gama Delta Fraternity, and the Sphinx Club. He attended Northwestern University School of Law where he was a member of Phi Alpha Delta law fraternity. He obtained his Juris Doctor in 1961 and was admitted to the Bar in Illinois and Indiana in 1961. Joe retired from the law firm of Burke, Costanza, and Carberry firm after 50 years of practice and exemplary mentorship. Joe belonged to the East Chicago, Lake County, Indiana and American Bar Associations. He was a member of the Justinian Society of Lawyers as well as on the panel of the arbitrators for the American Arbitration Association. He also belonged to the American Society of Hospital Attorneys. Joe’s early practice was in East Chicago, IN where he developed his interest in serving his community through representation of various municipal bodies and local institutions. He was special counsel to the town of Ogden Dunes, IN. Joe was a commissioner on the Indiana Port Commission and served as special counsel to the Commission. He sat on the board and was secretary of the First National Bank of East Chicago and later was a director for the American Trust & Savings Bank of Whiting, IN. He served as the Chairman of the Board of St. Catherine’s Hospital for many years. Joe took pride in community service. He served as the president of the East Chicago Chamber of Commerce, president of the East Chicago Rotary Club, and director of Healthy East Chicago, Inc. He was a board member of the East Chicago Urban Enterprise Academy, a charter school. He was President of the Ogden Dunes Park Board, President of the Ogden Dunes Homeowner’s Association and President of the Ogden Dunes Zoning Board of Appeals. He was a trustee for the Indiana Historical Society, trustee emeritus of Calumet College of St. Joseph and was awarded the prestigious St. Joseph the Worker Award by Calumet College and by the Asian American Medical Society. After writing many op-eds to the Gary Post Tribune, Joe was recognized for his wit and was recruited to be Master of Ceremonies for the Ogden Dune’s New Year’s Eve Galas. Proud of his Sicilian-Italian heritage, Joe handed out “Free Sicily” bumper stickers. Joe enjoyed the company of his colleagues at Friday lunch with one or two Manhattans and the singing of “You Are My Sunshine”. Joe enjoyed sailing, boating, hiking and reading 3 newspapers daily. Devoted to his family, Joe hosted holiday sausage making parties for family and friends. Joe married his high school sweetheart, Aurelia Duralski. He is survived by Aurelia, his wife of 61 years, and their four children: Jennifer Costanza Weissmuller (Kurt Weissmuller), Madeleine Costanza (Andrew Duthie), Charles Joseph Costanza (Polly Costanza), Mia Regina Costanza Wiggers (Ed Wiggers). He leaves behind 8 grandchildren and beloved sisters (Marian Costanza Evely and Joan Costanza Meister), dear in-laws, nephews, nieces, cousins too numerous to list here and all very much loved. The Costanza Family wishes to extend gratitude to loving and dedicated caregivers: Bogusha Bugacka, Marzena Parnowski, Nora Karokiene and to loyal legal assistant Lisa Caccavale. A private family mass is planned at St. Mary of the Lake Church in Miller, IN, with Bishop Emeritus Dale Melczek presiding. A memorial service to honor Joe will be announced at a later date. In lieu of flowers, to honor Joe’s memory, contributions may be made to the Porter County Community Foundation Joseph E. Costanza Law Scholarship, 1401 Calumet Ave., Valparaiso, IN 46383. Joe wished us to remember him with the lines of the poem “Away” by James Whitcomb Riley – “I cannot say, and I will not say, that he is dead – He is just away.”

Joseph E. Costanza, proud son of East Chicago and happy Ogden Dunes resident for almost 6 decades, passed away on February 6, 2022, after a long battle with Parkinson&#8217;s. Joe passed away at home surrounded by his family. Joe lived his... View Obituary & Service Information

The family of Joseph E. Costanza created this Life Tributes page to make it easy to share your memories.

Send flowers to the Costanza family.