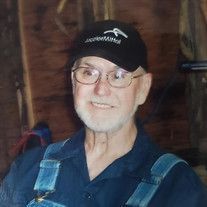 Freddie "Fred" Paul Mathews, age 74 passed away at home with his loving family by his side on Sunday, July 26, 2020. Fred was born in Searcy, Arkansas on March 8, 1946 to Ishmael "Archie" Eugene Mathews and Velva Mathews Fields (Albert). Fred married the love of his life, Linda, on June 28, 1976. Fred is survived by his loving children, Doug (Sandy) Mathews of Valparaiso, Tracy (Jeff) Silhavy of Valparaiso, David (Cindy) Mathews of Westville, and Sara Darnell of Chesterton; former son-in-law, Jack Darnell of Chesterton; cousins/siblings, Kathy (Rick)Roark, Chris (Sherry) Smith ; grandchildren, Curtis, Nikki, Amber,Elizabeth, Jenni, Kodi, Kane, David, Freddy and Alex; great-grandchildren, Zane, Cameron, Isabella, Riley and Leon; numerous nieces and nephews. He is preceded in death by his loving wife, parents and grandchild, Joshua Silhavy; brother, Ishmael "Sonny" Mathews and sister, Judy Edwards (Butch). Fred served in the United States Army from 1966-1968 as an MP during the Vietnam War. During his service he received the National Service Defense Medal, Good Conduct Medal and Sharpshooter Badge. Fred began his career at the Power Station at Bethlehem Steel in 1972 until his retirement in 1998. Fred was a true family man. There was nothing that meant more to him than his family. He was always willing to lend a helping hand to anyone in need. He loved his garden, enjoyed watching golf but his favorite past time was watching his family grow and blossom. Fred was loved and adored by everyone he met. Funeral Services will be held on Saturday, August 1, 2020 at 10:30 am at Edmonds & Evans Funeral Home, 517 Broadway, Chesterton, IN 46304. Burial at Chesterton Cemetery to follow. Visitation will be held on Friday, July 31, 2020 from 4:00 pm until 8:00 pm at the funeral home.

Freddie "Fred" Paul Mathews, age 74 passed away at home with his loving family by his side on Sunday, July 26, 2020. Fred was born in Searcy, Arkansas on March 8, 1946 to Ishmael "Archie" Eugene Mathews and Velva Mathews Fields (Albert). Fred... View Obituary & Service Information

The family of Freddie "Fred" Paul Mathews created this Life Tributes page to make it easy to share your memories.

Freddie &quot;Fred&quot; Paul Mathews, age 74 passed away at home with...

Send flowers to the Mathews family.