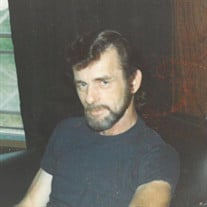 Dennis “Denny” Alexander Born October 17, 1944. Passed away on March 10, 2022 after a long courageous battle with cancer. Denny was a Swiss Army knife of a human being. It seemed as if he had a tool or solution for anything that may arise. It might not have always been the correct tool, but he somehow always made it work. If you were lucky enough to have known him, then you know that he was a man of few words. Those words, however, always had meaning and purpose. He cast a shadow much larger than his stature. His personality would have him towering over a room full of giants. Denny had a deep love for his family and never smiled more than when he was surrounded by his grandchildren. As evidence of that love, he could be inevitably found in the stands for countless athletic events, despite having no interest in sports himself, as well as many dance recitals, plays, and musical performances. Denny enjoyed the outdoors, frequently camping with his wife and canoeing or fishing with his children and grandchildren. As much as he enjoyed the outdoors, however, Denny was an avid reader and skilled craftsman. If he wasn't in his recliner with his nose in a book you were sure to find him in his workshop fulfilling a request for a holiday craft, repairing a vehicle, or creating with and teaching one of his grandchildren to do the same. Denny had an extremely large heart and giving spirit. He spent many hours volunteering his time, serving the disabled community at Michiana Resources with his wife and daughter. He was the type of man to drop everything to complete whatever you needed, often before you'd even asked, and with no expectation of anything in return (except maybe a pan of brownies). Denny was an amazing husband, father, grandfather, great grandfather, uncle, and brother. He was loved and will be deeply missed by everyone whose life he touched. Dennis is preceded in death by his parents Dora and Ruth Alexander, brothers Doran and Roger Alexander and sister, Diane Hollaman. Dennis is survived by his beloved wife Sandra Alexander, children Dennis (Karen) Alexander, Brian (Michelle) Alexander, Jack (Kim) Basich, Trisha Basich, Tammy Basich, Michael Basich, Todd (Laura) Basich, grandchildren James, Daniel, Krystal, Jonathan, Abby, Zach, Brooke, Alice, Mack, Emily, Nathaniel, Jeremy, Colin, Riliegh, Taylor, McKenna , Grace, Charlotte, and Matilda, great grandchildren Brennan, Axell, Bryce, Brielle, Brady, and Dylann, sisters Darlene Kimbler, Denise Croft, Becky Hollaway, and Bonnie Sipe, and nieces and nephew Denise Croft, Reyna Hollaway, and Philip Knotts. A Celebration of Life is planned for May 15th at the Spa Special Event Center located at 333 North Mineral Springs Rd. Porter, IN. Arrangements entrusted to Edmonds and Evans Funeral and Cremation Services.

Dennis &#8220;Denny&#8221; Alexander Born October 17, 1944. Passed away on March 10, 2022 after a long courageous battle with cancer. Denny was a Swiss Army knife of a human being. It seemed as if he had a tool or solution for anything that... View Obituary & Service Information

The family of Dennis "Denny" Alexander created this Life Tributes page to make it easy to share your memories.

Send flowers to the Alexander family.