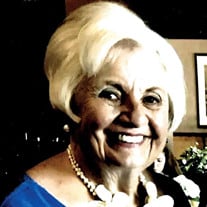 Carol J. Grenchik nee Brunchwiler, deceased October 10, 2020 at her residence in Portage, Indiana. She was born to Frank and Martha Brunchwiler on November 13, 1937 in Chicago, Illinois. She was a graduate of Brennan Elementary School and Fenger High School located in the Roseland section of Chicago. She was a graduate of Northern Illinois University in DeKalb, Illinois where she was a member of AAUW, Sigma Sigma Sigma, Resident Assistant of Neptune Hall and selected as Miss De Kalb, Illinois. She studied art at the Chicago Academy of Art, Northwestern University, The University of Minnesota, The Institute of Design at Illinois Institute of Technology and got her M.S. in Art Education at Purdue University. Carol taught in Homewood, Illinois and later for the U.S. Department of Defense in Machinato, Okinawa and Mannheim, Germany. After moving to Northwest Indiana, she taught in the Gary School system and at Purdue University. She was a board member of the Northwest Indiana Alliance for the arts. She also served on the Women’s Club of the Northwest Indiana Symphony and supported the arts and taught art to children in Ogden Dunes. She also served as President of the Ogden Dunes Women’s Club, Vice President of the Garden Club and Secretary of the Ogden Dunes Historical Society along with being a Girl Scout Leader. She was a member of Ogden Dunes Community Church. She served as a member of the choir, Deacon, Altar Guild, Chairman and led Youth Programs. Carol snow skied and loved to swim and enjoyed a good game of Bridge with her many friends. She was also a prolific painter in her later years and exhibited and sold her work in Indiana and Florida. Spending much of her life enjoying boating, she was a member of the Coast Guard Auxiliary, The Michigan City Yacht Club, Marina Park East Yacht Club, Marquette Yacht Club and The New Buffalo Yacht Club. A winter resident of Punta Gorda, Florida, she was a member of the Visual Arts Center where she showed many of her paintings and The Civic Association of Punta Gorda. Carol was survived by her spouse of 51 years, Philip J. Grenchik; daughter, Heidi J. Grenchik of Charleston, South Carolina; Son, Philip Grenchik Jr. and his wife, Keeli of Ogden Dunes, Indiana. There will be a Memorial Service at Ogden Dunes Community Church, 116 Hillcrest Road, Portage, Indiana 46368 on Saturday, October 24, 2020 at 11:00 am. Arrangements were handled with Edmonds & Evans Funeral Home, 6941 Central Avenue, Portage, Indiana. Online condolence may be made to the family at www.ee-fh.com.

Carol J. Grenchik nee Brunchwiler, deceased October 10, 2020 at her residence in Portage, Indiana. She was born to Frank and Martha Brunchwiler on November 13, 1937 in Chicago, Illinois. She was a graduate of Brennan Elementary School and Fenger... View Obituary & Service Information

The family of Carol Joan Grenchik created this Life Tributes page to make it easy to share your memories.

Send flowers to the Grenchik family.